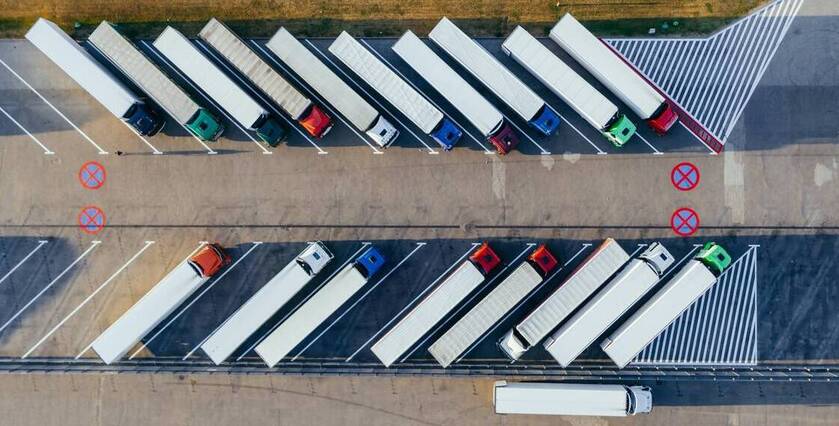 Keep Sleep Apnea From Costing You

Driver fatigue is an infamous obstacle for many who work in the truck driving industry. It has continually been cited as a leading cause of fatal accidents involving commercial motor vehicles (CMVs). The Department of Transportation (DOT) and Federal Motor Carrier Safety Administration (FMCSA) do have regulations in place to ensure that drivers are receiving the proper amount of time for rest. However, they are not able to control the quality of sleep that drivers are getting.

According to the FMCSA, sleep apnea affects 3 out of every 10 commercial drivers. Sleep apnea is a serious breathing-related sleep disorder, the most common type being obstructive sleep apnea (OSA). The disorder causes a pause in breathing during sleep, which significantly affects the quality of sleep that one receives. It can even lead to excessive daytime drowsiness and fatigue. Because of these side effects, sleep apnea increases the chance that a driver will fall asleep behind the wheel and cause an accident.

If you employ drivers suffering from sleep apnea, you could be held liable for damages in the event that an accident is linked to fatigue.

Be aware of the following risk factors for sleep apnea:

Typical symptoms of sleep apnea include loud snoring, gasping, or choking while sleeping. An overall disturbed sleep is also a sign that one is suffering from the disorder.

Unfortunately, you will not know the quality of sleep that your drivers receive unless they tell you. That being said, symptoms like excessive daytime drowsiness, as well as concentration and memory problems, may be obvious while the driver is on the job. Keep an eye on said behavior and be sure to look out for the safety of your employees.

Current FMCSA regulations do not expressly state that all drivers need to be tested or treated for sleep apnea. They do, however, prohibit carriers from hiring drivers who have existing medical conditions that could compromise job performance. The FMCSA has specifically noted that sleep disorders, including sleep apnea, could be severe enough to impair performance and make a driver unfit for work. Keep in mind that each state has its own set of medical standards for driving a CMV in intrastate commerce. Many states have determined that sleep apnea is a disqualifying condition.

This opens the door for litigation against carriers who allow drivers suffering from sleep apnea to remain on duty. Whether or not you know about your driver’s condition, you could be held liable if it’s determined that the side effects of the driver’s sleep apnea led to an accident.

In the event of an accident, you may have a financial duty to your driver if they are injured. Add on lost time and damaged cargo, and a single accident could end up being quite costly to your organization.Even if it’s not required by the FMCSA, sleep apnea screenings for new and existing employees are imperative. They will be sure to help you reduce the hazards and consequently, the potential costs caused by fatigued drivers.

Screening for sleep apnea now could also put you ahead of schedule to comply with future regulations. The FMCSA may move towards a stricter stance on sleep apnea. You should also check with your state’s regulations, as each state sets its own medical standards for CMV drivers. If testing or other preventive action is required in the future, you will already have a plan in place.

Training and Treating Your Drivers

A sleep apnea diagnosis doesn’t have to automatically disqualify a driver from service. The disorder is highly treatable; lifestyle changes, such as losing weight, often significantly reduce the symptoms. Drivers can also talk to their doctors about mechanical controls like the continuous positive airway pressure (CPAP) machine. This device can assist with airflow during sleep, ultimately leading to a better night’s rest.

It’s important that you offer help and support to drivers who suffer from sleep apnea and other fatigue problems. That way, they will be willing to seek treatment without suffering from the fear of losing their job. In addition to informing drivers of the dangers of sleep apnea, teach them the signs and symptoms of the disorder so they can play a role in prevention by monitoring themselves.

Check out some helpful tips on staying healthy as a truck driver.